Skip to content
HomeMembers In Action and In the News

MENTAL ILLNESS IS A TERMINAL DISEASE AND IT NEEDN’T BE!

Our own Susan Racher has reached out to our membership to attend a Mainstream Conversation  — Honest Talk About Mental Health —  Caring for the Soul.

The recent meetings “Care for the Soul” were a huge success.  People from as far south as Homestead joined others in the northern part of the county at Temple Betham to discuss the problems involving health care and mental illness.  As a result, the conversation will continue after the first of the year.  We’ll update you when the meetings begin again.

As we all know, Toastmasters teaches two things, one is of course public speaking, the other is leadership.  Our own Leisha John has been named one of the ten most powerful women in Sustainability.  Alongside Hillary Clinton, and eight others in various industries, Leisha has been named a leader by GB&D magazine (Green Building & Design).

Our own, Gwen ‘Harmony’ Carter is a member of the Memphis Kelly Band.  This group plays at various clubs and events.  Join them at the following upcoming ‘gigs.’

Begins at noon — and playing at After Party as well 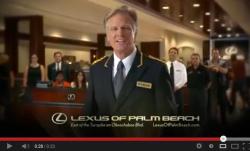